If there was one observation to make about the excellent FIFA 16 this year, is that there is still not enough real faces in FIFA 16 to be completely satisfied with.

EA has made a big effort to get as many official face scans in FIFA 16 this year, but we can still see that there are many missing which look a bit suspect.

Manchester United’s Memphis Depay is one of the biggest culprits, as his current face in the game is highly questionable and we can see that many of you are feeling the same sadness over this on social media. 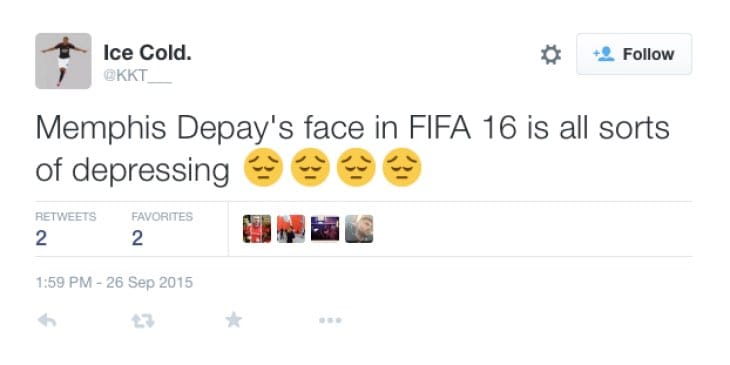 Elsewhere, several members of Liverpool FC are missing their official faces too. Jordan Rossiter is one, Divock Origi, Roberto Firmino, Joe Gomez – the list goes on.

Newcastle player Georginio Wijnaldum is another player who’s face is missing from the game. These are just from our own observations that we have seen while enjoying the game, we’re sure that you can list plenty of others from your favorite teams.

The sad thing is, it looks like EA cannot update faces mid season which is a real shame. Do you think that this needs to change moving forward? Give us your thoughts on this debate below.

Note: The image featured below is supposed to be Memphis Depay, just to point that out.