We know that many of you have been asking what teams are in the FIFA 16 demo this year. As far as we’re aware, EA has not officially released the list yet but thanks to whispers from GamesCom 2015 it looks like we can now bring you the confirmed FIFA 16 demo teams list with 12 teams available.

As initially confirmed, two women’s teams will be available as these are the US Women National Team along with the Women’s Germany National Team.

Now we know what other teams will be included and sadly Liverpool FC and Manchester United fans are going to be in for a shock.

Both teams are not included as the only Premiership teams in the demo are Chelsea and Man City – not even a mention of Arsenal either. 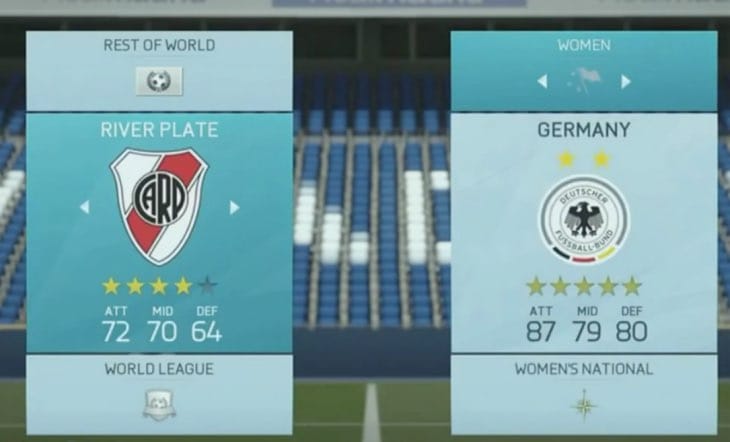 A further confirmation of the teams can be seen in the video clip below if you need more evidence. As far as we’re aware, there’s no official FIFA 16 demo release date yet but again rumors suggest that EA will launch on either September 8 or September 9 – we’ll update you when we know for sure.

So there we have it with the official teams. Are you disappointed that LFC and MUFC are not on the demo yet again?