In the latter part of 2013 we were treated to a look at the Lexus LF-NX Concept, which once it goes into production will be aimed squarely at the Audi Q3, BMW X1 and the Mercedes-Benz GLK, which was reiterated during the Detroit Auto Show early this month.

Back in September all we had to go on was a concept model, which as we know will be toned down a lot in order to meet design, safety and practicality requirements. However, some eagle eyed car fans have seen what is expected to be the final production version of the Lexus NX.

You will need to start watching the video of the 2014 SAA Automotive Outlook Conference from 10:40, where you will see an image of what looks highly likely to be the final production model, and even though it is understated compared to its concept, this is a good thing. 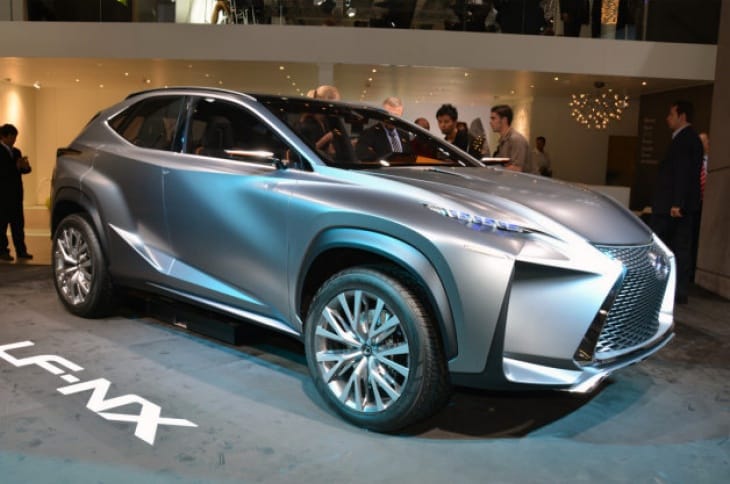 The concept model was bold and brash and so could have had a few issues for potential owners to fall in love with it. You will notice in the video when compared to the larger image above that the grille has been toned down, along with several other elements of its exterior.

However, the Lexus NX will still keep some of the key design features seen in the concept, and having the perfect balance one-ups its competitors.

We don’t have that long to wait to see if this is in fact the Lexus NX production model, because it should get its debut during the Geneva Motor Show in March.

Who would have thought that by watering down a concept design would actually improve the style of a car?