With just a day until the LA Auto Show 2014 opens its doors there has been a lot of teasing, and these two Lexus LF-C2 and Bentley Grand Convertible concepts are two to look out for. There are going to be many more concept cars teased during the event, but these look set to be the most popular, as they could not be further apart in their intended audience.

Lexus describes its LF-C2 concept an open-air version of its RC coupÃ©, although with a few design tweaks here and there. There are so many similarities with this concept over its couple version, such as the engine, which is a 3.5-litre V6 with a choice of standard engine or a hybrid powertrain, although that would only come with a 2.5-liter version.

Those details may change once the vehicle gets its official reveal tomorrow, which will run for 72 hours. 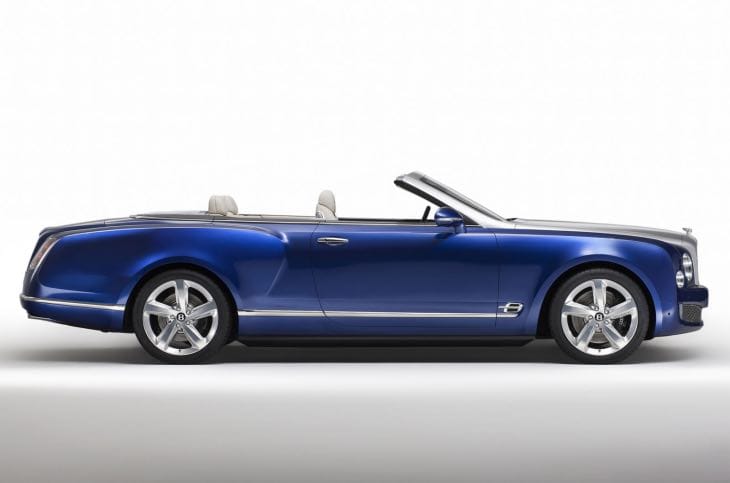 While we are excited about that above model, the new Bentley Grand Convertible concept has us fired up more because it is gives us a chance to see how the British excels in luxury, as we know they are one of the best in the world at that sort of thing.

The same engine used in the Mulsanne Speed will power the upcoming Grand Convertible, which Autocar recently offered a first review on. The engine in question is a 6.75-litre twin-turbocharged V8, which will go from 0-62 mph in just 4.9 seconds — pretty good for a car of that size.

With this in mind we believe this concept will be released, although as a Mulsanne Convertible instead. This is because it shares many of the same designs and technology. However, let’s not get too ahead of ourselves and wait for this vehicle to be shown during the Los Angeles Auto Show tomorrow.