You might think why one earth would we want to compare the Lenovo Yoga Tablet 2 10 to the Toshiba Satellite L15W-B1302, as they are different devices? You are right to wonder, but when you consider they both cost $299.99 at Best Buy at the moment, it is worth seeing which is the better device for you.

With the Yoga Tablet 2 10 tablet, you have a 10.1-inch HD touchscreen with IPS to give you clear and detailed image quality. As for the specs there is a 1.33GHz Intel Atom Z3745 processor, which can boost up to 1.86GHz when called upon.

Storage is just 32GB, although this can be increased thanks to its microSD card, and you also get an 8-megapixel rear-facing camera and a 1.6-megapixel shooter up front. Unlike the iPad you get an HDMI slot for improved connectivity, and a full-on keyboard for improved productivity. 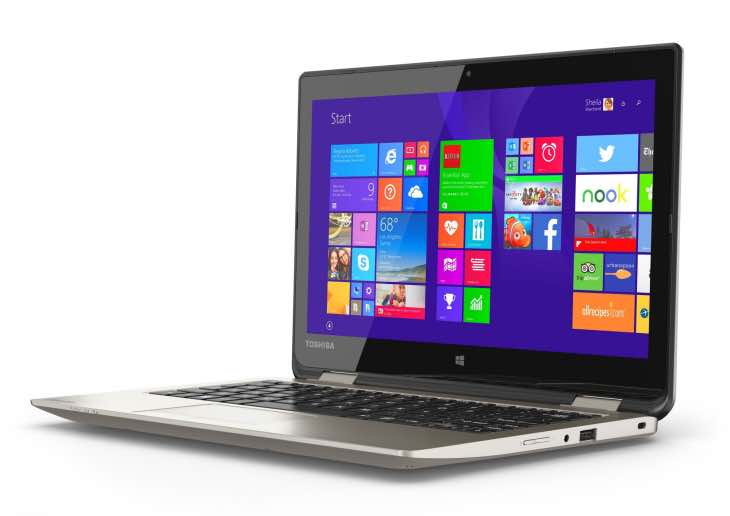 If you are looking for a more powerful device, but gives you a semi-tablet experience, then the Toshiba Satellite Radius L15W-B1302 laptop could very well be it. You have an 11.6-inch touchscreen that cannot be removed from its keyboard, although it can be folded right back over.

Toshiba has gone with a 2.16GHz processor Intel Celeron processor that can increased to 2.58GHz when needed. Other key specs are 4GB of RAM, which is around average, as is its 500GB hard drive. With this being more of a laptop you get more ports, such as 1 USB 3.0, 1 USB 2.0, HDMI, as well as Ethernet and headphone/mic.

For more details on the Lenovo Yoga Tablet 2 10 and Toshiba Satellite Radius, then please select one of the links.