Some people feel that a laptop should be just that, a laptop, whereas other’s feel it’s far better to have one that is able to double up as a tablet as well, and so having the best of both world’s. However, from previous experience we have found that the transition when switching from one to the other is not as straightforward as it should be – although this is surely an issue with the cheaper models. 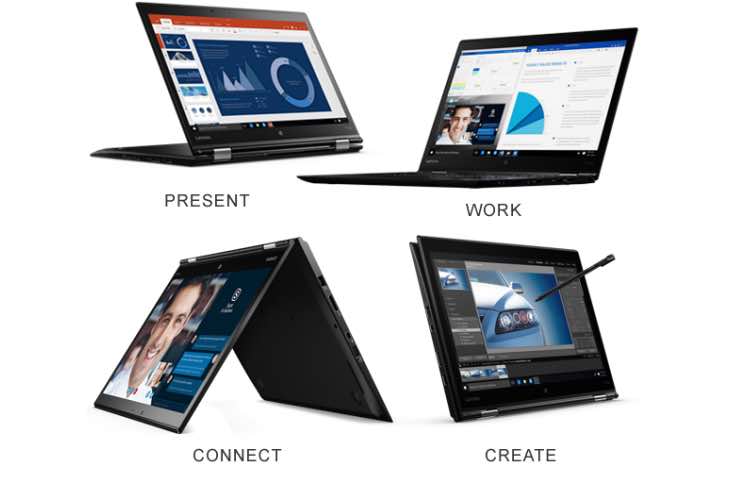 You would assume that this would not be an issue for the Lenovo X1 Yoga Thinkpad 14.1, which is an ultralight model aimed at business users. We’re told that this model is the definition of versatility with its 4 flexible modes, although from what we have been reading, it’s still not what Lenovo promises.

We have been looking over some of the Lenovo X1 Yoga Thinkpad reviews on the official website from customers that have already purchased one, and while the overall ratings and review scores are 4.2 out of 5 stars, there are still a few teething issues that you need to be made aware of.

While it would seem many owners agree that this is one of the best laptops they have ever owned – yes a very big claim – there does seem to be a growing number of people saying that flipping from tablet to laptop mode, the Yoga ThinkPad still believes it’s in tablet model, which is something we have experienced with some of the cheaper Acer 2-in-1 laptops.

Other’s have found that theirs developed screen faults, as well as the battery life being disappointing. However, do not let those teething issues put you off because on the whole this does seem like a very impressive 2-in-1 laptop.

Would you pay just under $1,085 for this device, as it looks as though a price drop is on the cards from Lenovo?