The Lenovo Miix 2 has been released early, with the 10 inch version of the convertible Windows tablet being available first. These devices were not supposed to launch until March but you can now pick them up prematurely.

The Lenovo Miix 2 is currently available in 2 different variants, costing $699 or $749 depending on whether you want a 64 GB or 128 GB hard drive capacity. Lenovo announced that they would also be releasing a budget $499 version, although this model has not been put up for sale yet but has been promised.

The convertible device can function as a tablet, laptop or stand, featuring a powerful Quad Core Intel Atom Z3740 Processor. The Miix 2 comes equipped with a 1920 x 1200 full HD 10.1 inch display, running off Windows 8.1 32 and also includes Office Home & Student 2013. The camera quality of the slate is 5 megapixels for the rear and 2 at the front. 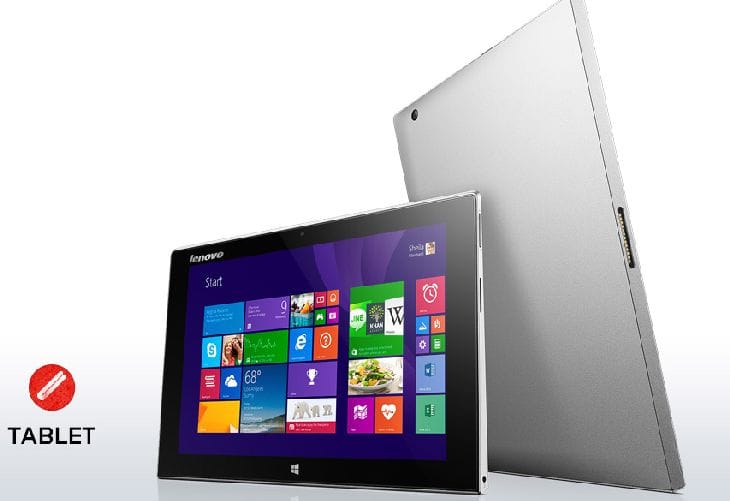 All of the connections you would expect are included, Bluetooth 4.0, HDMI output, USB, Wi-Fi, Micro SD and audio jack. Lenovo has packed a lot of high end specs in to this versatile tablet making it a worthy option to anyone looking to buy a new device.

A key feature that many users may enjoy about the Lenovo Miix 2 is that it is Windows Legacy compatible, meaning you can run previous operating systems on the device if you are not a fan of Windows 8. Check out our coverage on the Lenovo ThinkPad 8 from CES 2014 too.

Are you tempted to buy the flagship Lenovo Miix 2 early or will you wait for the budget friendly model to launch?