Smartphones are getting slimmer, faster and also bringing a host of new features that allow you to do far more than ever. By offering these new things smartphone makers need to improve on its hardware, as there is a demand for more performance, and so we are not surprised to hear that the Lenovo K4 Note specs will feature 3GB of RAM.

While this is not a surprise for handsets from Samsung, having 3GB of RAM in a budget-friendly model like the Lenovo K4 Note is very much a big deal. 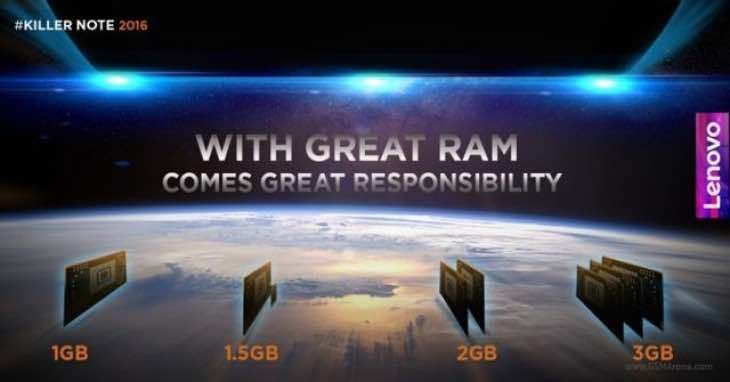 The K3 was released earlier this year, and so the K4 needs to come with a host of advancements to improve over its predecessor and seeing about how much RAM it will get makes it hard for consumers to control their patience over the Lenovo K4 release.

Other specs are still being kept secret, although we have heard that its internal storage will be 32GB, which is double that of the K3.

Not only that, but its design looks set to be made from metal, and we could also see Lenovo make use of a fingerprint scanner.

We don’t have too long to wait to find out if any of the rumors are true, as this new handset is expected to be launched at CES 2016 next month.