Since the rise of the Apple iPad, nearly every electronics company such as Acer, ASUS, Motorola, Samsung, Sharp, Sony, Toshiba and many more have all brandished us with their own take on the tablet industry. Lenovo has now added their contribution to the ever growing list of available tablets with the IdeaPad K1, so we here at Product Reviews will give you a snapshot to see if it stands up to the test of time.

Lenovo were one of the first companies to release a tablet, albeit only in China with the LePad. But just last month, they announced two up and coming Honeycomb slates that would be available on the US market; the IdeaPad K1 and the ThinkPad. 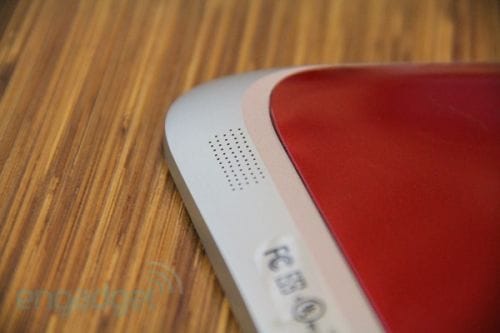 Where as the ThinkPad is tailored more towards the business end of the stick, the IdeaPad K1 is aimed at the mainstream, but does it deliver? You can see a previous article with full specs, features, dimensions and accessories here.

Android tablets, such as the IdeaPad K1 make up a vast percentage of the slate world now, but Lenovo really have put there name out there and have such an avid following that we bet the company could have essentially slapped its name on a plain-Jane black slab and waited for loyal fans to line up, says Engadget.

So what’s good about the IdeaPad K1? Engadget took a long hard look at the tablet and said that it is aggressively priced. By this they mean that they really have tried to sink the knife in to Apple’s iPad 2 and Samsung’s Galaxy Tab 10.1 by undercutting the price of their 32GB model compared to that of the latter two by $100, costing only $499.

Looking closer at the design, it is said to be “cute.” Not tacky, just playfully cute. At 1.65 pounds (0.7kg), the K1 is heavier than most tablets on the market. It also feels quite chunky too. 10.39 x 7.44 x 0.52 inches (264 x 189 x 13.3mm) to be exact, and while it feels solid to hold, the build quality could have been a lot better. Engadget make the point that the IdeaPad K1 has some similarities in this department as the Toshiba Thrive. 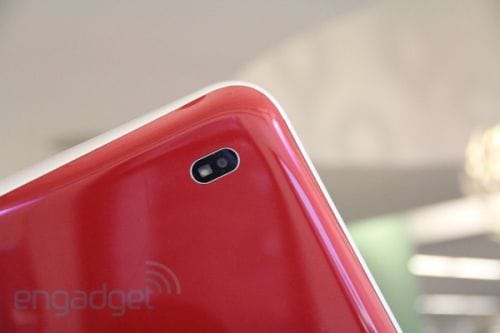 When it comes to performance and software, the IdeaPad K1 has some good things and some bad things going for it. The software is said to be easy to manage and operate and although Lenovo have not made too many tweaks and additions to the Android OS, it is easy to customize these yourself if you want to. On the down side, performance does seem to linger behind. There is noticeable lag when switching from landscape to portrait and vice versa, plus the device did struggle at times when in general use which some other tablets do without a second thought. Responsiveness and un-appealing battery life also hinder what could have been a great all-round tablet to use. 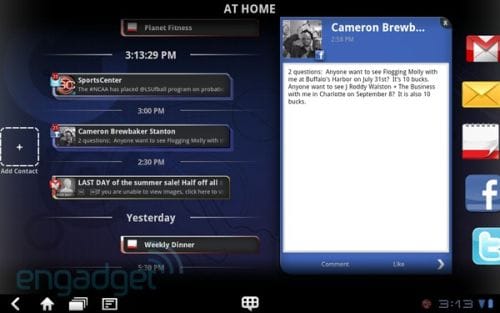 In Engadget’s round-up they say that you probably could get something a litter better, faster and thinner if certain factors mentioned here do not meet your requirements. Maybe there is hope for the Lenovo ThinkPad though?