If you are one of the many gamers that were looking forward to the LEGO Star Wars III: The Clone Wars game — which will be available for various platforms including the Nintendo DS, PlayStation 3, Nintendo Wii and Xbox 360 — arriving in February, then I’m afraid we have some disappointing news for you.

As Sarafan Lord over at gamershell.com recently reported, the LEGO Star Wars 3 game was originally scheduled to be released on February 15th in North America and February 18th in the UK, but LucasArts has just announced that it won’t be arriving until March 22nd.

The upcoming LEGO game — which is being developed by TT Games — will feature all the characters from both seasons of the Star Wars: The Clone Wars animated TV series, along with a few fan-favorites. It also features new battle modes and brand new character abilities such as Lightsaber slicing. 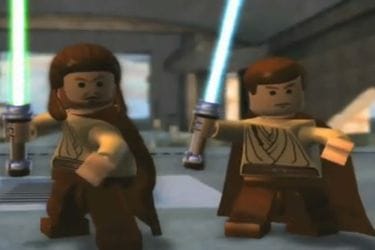 If you want to learn a bit more about the LEGO Star Wars III game and its story, then you might like to head on over to the official lucasarts.com website. Stephen Ebert from electricpig.co.uk previewed the game recently and judging by his first impressions, it looks like it will be worth the wait.

According to Stephen, the LEGO Star Wars III game has all the playability, humor and personality that can be found in previous titles from Traveller’s Tales. He also claims that this game looks better and more polished compared to earlier Lego titles. You can read the full preview here.