While Belkin has yet to make any sort of official announcemt on the release of the LEGO Builder Case for iPhone 6, we do have a feeling it will be coming soon. The reason we say this is because the BrickCase, which is compatible with LEGO will be released soon for the iPhone 6, and so we can only assume Belkin will be forced to react.

We have already seen many third-party case makers update their websites to show their intention of supporting the iPhone 6 and iPhone 6 Plus, and seeing SmallWorks come up with the slogan, “Brick your Six” is not only proof of that, but pretty clever as well. 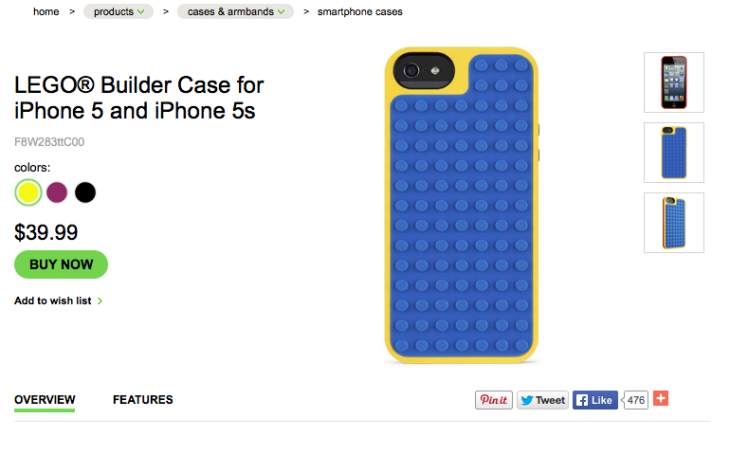 SmallWorks has yet to inform us as to when its iPhone 6 BrickCase will be released, all we know is it is coming soon. We are surprised Belkin has yet to announce any such support, especially as they already have several new iPhone 6 cases to choose from, just not the LEGO Builder Case some of you are waiting for.

What to expect when the LEGO Builder Case for iPhone 5 and iPhone 6 Plus is released – Going on the current model there could be a choice of three colors, yellow, pink/violet, and piano black. However, there is hope for even more color options.

Are you positive that Belkin could release an official LEGO case for the two new iPhones?