We have some pretty exciting news now for all you Left 4 Dead 2 gamers out there, as Valve has recently revealed details for its forthcoming DLC pack. Although we haven’t got a specific launch date as of yet, we do know that it should release sometime after Portal 2 arrives.

As Ben Lee over at digitalspy.co.uk recently reported, the new update will include the three remaining Left 4 Dead campaigns, as well as a brand new fourth campaign called “Cold Stream,” which is currently being worked on by modder Matthew Lourdelet.

A message on the official Left 4 Dead blog said that Matthew Lourdelet has really shown that there are still plenty of new ideas regarding Left 4 Dead 2 modding. However, rather than just finishing work on the new map quietly, Valve is opening the development up to the community. 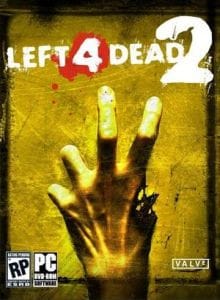 According to Tom Senior at pcgamer.com, Valve announced that its latest experiment is looking to crowdsource development on the upcoming “Cold Stream” map, taking the community’s feedback on every aspect of the campaign as its being developed. The DLC will eventually release for PC, Mac and Xbox 360.

What do you think about Valve’s latest idea regarding the upcoming DLC pack?