It has only been a couple of months since The Beatles catalogue landed on the iTunes store, and now fans can get hold of an application which goes behind the scenes as the Fab Four began their rise to fame.

Beatles Diary 1.0.1 contains letters, photos, and videos that have never been seen before now. All the content comes from trusted confidante to The Beatles Alf Bicknell. Using Google Maps users can take a virtual tour of the places which were part of life for The Beatles in Liverpool. 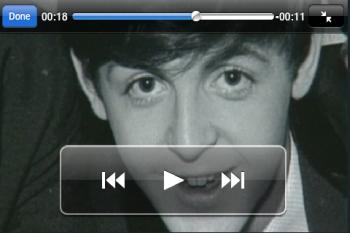 Fans can see intimate behind-the-scenes look at what went on in the life of The Fab Four in the sixties including, their favorite teenage hangouts. Alf Bicknell was their trusted bodyguard and chauffer, so fans can trust the information to be accurate. See their early beginnings and how Beatle mania began, and find out things like what happened when they jammed with Elvis Presley, and how John met Paul.