With just a few hours to go until the 2015 Le Mans 24 Hours starts, we thought you might want some information as to how you can keep up-to-date with the racing event. The first and easiest way has to be the official 24 Heures du Mans app for Android and iOS, both of which were updated earlier this month.

The updates brought with them new screenshots, bug corrections, then entire 2015 schedule, highlights of last years race to keep you occupied before the event, and also the 2014 times to compare how things are going this year. 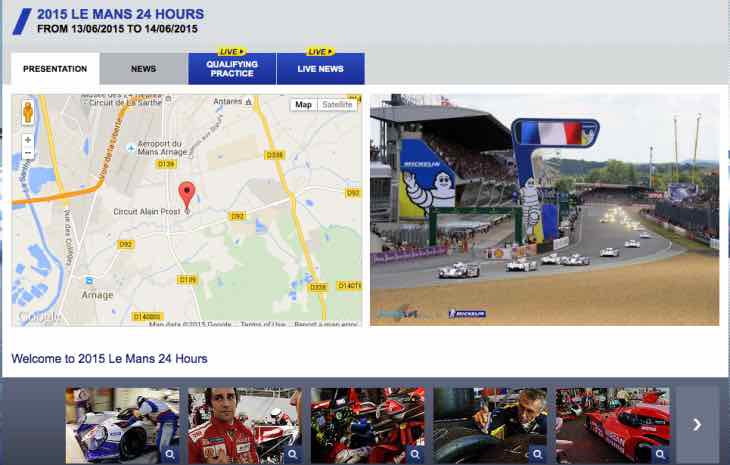 Other popular features are still there, and so you can get Le Mans 2015 live timing, offering an update of the position of each car or driver. This app is also the place where you will be able to check out the eventual winners of the race.

For those of who would rather choose another way to get their Le Mans 2015 news updates, then maybe the better way would be to actually watch the race, and it is Eurosport that will be offering around the clock coverage of the grueling racing event. Coverage begins from 1.45pm UK time and will show the race in its entirety, as well as the podium celebrations.

The official Le Mans 2015 website also has up-to-the-minute news of the events, and also a dedicated page where you can watch things unfold live if you cannot get to be in front of a TV screen.

Le Mans is perfect for those that are now upset the Isle of Man TT has finished, although you might need to drink plenty of coffee if you plan to watch all of the race.