Who would have thought that the cheap components found in an LCD projector could be used to control the brain circuits of lab animals? Well that’s just what Georgia Institute of Technology researchers have done, so how was they able to control these animals, including worms?

The idea of controlling animals is not a new one, this has been done before but on bigger animals, and they also had an optical fiber, which was placed into its brain. Being able to do this by just using the red, blue and green from a projector is something that baffles the hell out of you or I. However, Chris Jablonski from ZDNET aims to explain it as easily as possible. 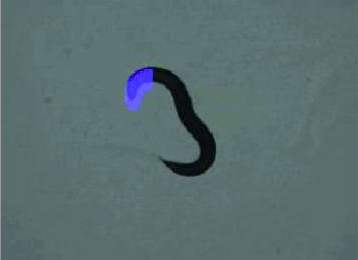 For those looking for an easier explanation then Georgia Tech has come up with a unique way of explaining how the LCD projector works on these animals. The three lights mentioned above are genetically engineered into the creature, when they turn the neurons on and off, which is how the muscles react.

We are not certain what the use of this will be, but if we were to guess then it could help people who have been paralyzed. The most common reason what causes paralysis is the signal not getting to and from the brain, we imagine that this could act as some sort of bypass.