You would have seen the impact Miroslav Klose made during Germany’s World Cup and he certainly helped the team win in 2014, but now the Lazio football club player has been given a virtual boost within a FIFA 14 Ultimate Team video. This gameplay showcases a “Super Juiced” version of Miroslav Klose, which takes the German striker from an impressive rating to something truly special.

Miroslav Klose has a rating of 90 pace, 93 shooting, 78 passing, 94 dribbling, and 62 defending before he gets super juiced. After attribute cards are added on him along with coaches in play to add even more attributes, things really move up with an overall rating of 90.

The differences before and after a super juiced Klose can be seen in the images below. In a nutshell, his ratings turn into a 99 pace, 99 shooting, 99 dribbling, 93 passing, and 77 defending. 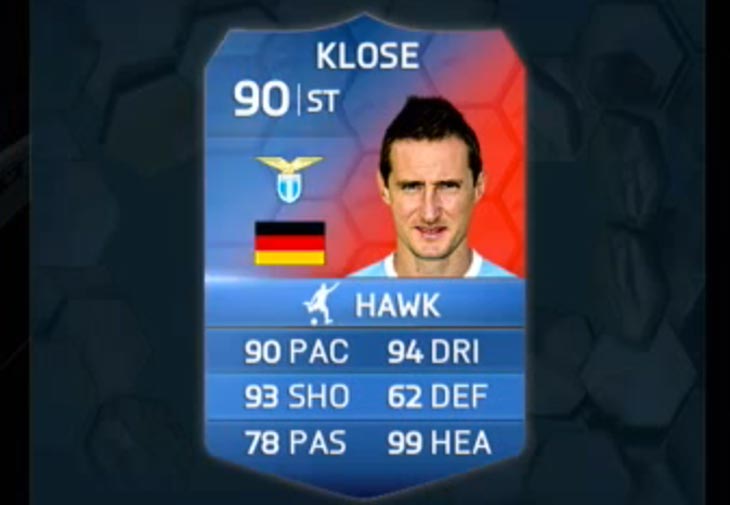 How have you increased certain FIFA 14 UT players after some training and adding attributes? The video below this article takes a better look at the new improved Miroslav Klose, and also explains exactly how it was done. Take a look and then share a comment on the new ratings, especially if you’ve done something similar with another player or even a team.