When it comes to mobile phones for the Indian market, then Lava is one of the largest brands; so news of the Lava A10 is a big deal. India is an emerging market, so when a new smartphone is released in the country consumers tend to get exited; the question is, is the A10 worth the price?

According to an article on Phones Review, the cost of the new Lava handset is Rs 5,499, by my calculation that converts to around $122 — not bad for a handset. Looking at the specs you get a 3-inch IPS display, making it much easier to view the screen at a wide-angle view. 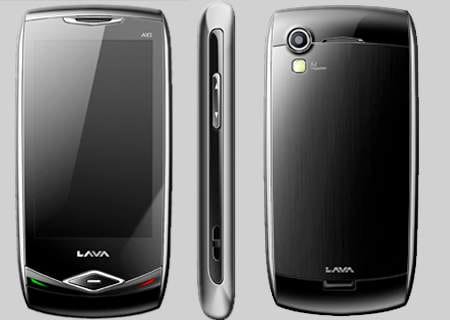 Other specs include a 3-megapixel camera with LEC Flash, along with a Yamaha PA system and a range of pre-installed games. Mobiletor seems to think that they are reviewing a car when they talk about the design of the Lava A10 saying, “Sharp ascents and sophisticated gunmetal chassis.” That has to be one of the best descriptions I have read about a smartphone for a while now.

The Lava A10 has a number of things going for it, such as easy access to Facebook and Twitter, and that low price tag. However, with no details on processor or RAM, I wonder if the handset could be a little on the slow side? I know one thing, it will not compete with the rumored CDMA version of the iPhone coming to India.