We already knew that Volkswagen were going to show off their electric Microbus at CES this week, although we never really got a decent look. However, a new image has appeared to tease this new EV ahead of the 2016 Consumer Electronics Show.

This latest Volkswagen electric Microbus preview before its big showing will not be in the way that you see new concept vehicles being unveiled at auto shows, as it will not have much media attention from the big auto media outlets.

In the new image you can see its full badging and the name Budd.e, which is expteced to just be its concept name. However, this concept is said to be as close to the production model as possible.

There is also a video preview of VW’s electric Microbus, which we have embedded for you below. 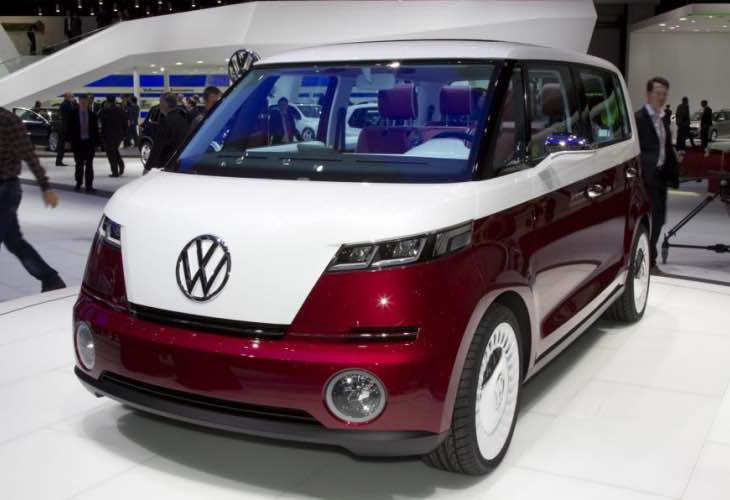 What we already know – The driveline will produce zero local emissions and will make use of the latest lithium-ion battery technology from the Volkswagen Group, the very same used in the Audi R8 E-Tron and Audi Q6 E-Tron Quattro concept models. Expected range is said to be between 250-310 miles, although this will depend on driving conditions.

We do have concerns about its usability though, because that sort of range is not that practical when planning a road trip to go camping, which is just what this vehicle will be used for. That will mean you will need to plan ahead where you will be able to charge the vehicle, and there is the other issue. We are not certain how long it will take to charge, and so we hope to learn this tomorrow during Volkswagen’s CES 2016 keynote.