Well it just seems to go from bad to worse for Japanese car manufacturers, because when it seems they are almost over the whole airbag recall issue, another is announced – although not anything to do with Takata.

Toyota has recently announced that 1.43 million vehicles are to be recalled, and the models affected are the 2010 to 2012 Prius and also some Lexus models.

With the Japanese carmaker not detailing the exact Lexus models at this time, this has once again led to an increase in the number of worried owners running a VIN model search on the appropriate websites in affected countries.

Speaking of which, those countries that are affected by this latest Toyota Prius and Lexus model recalls are the US, Canada, Europe, China and a few other regions. 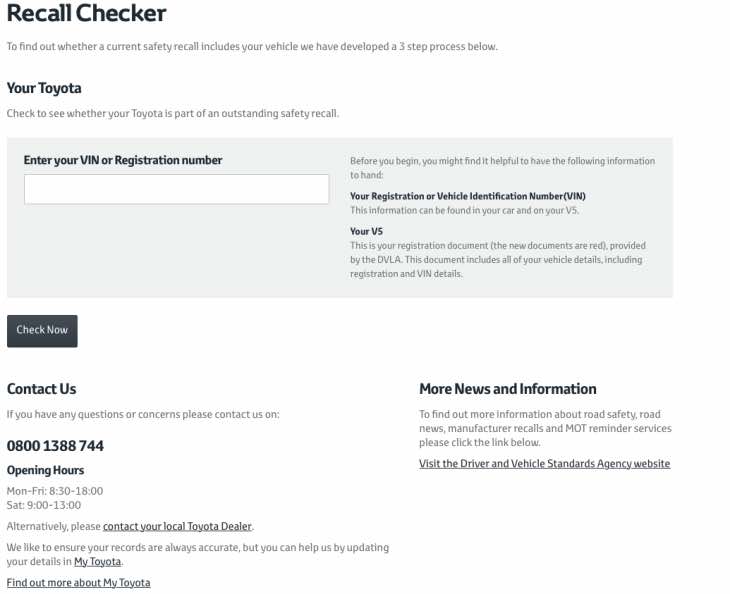 Update: Upon further investigation it would seem that the 1.43 million affected vehicles are hybrid models only, and so that would mean it would have to be the Lexus CT200h being recalled as well.

The reason for the recall is due to a faulty airbag inflator, as there could be a small crack on the weld, which in time could widen and could then fail.

It’s also reported that Toyota said that when the affected cars come in for their checks, they will also have their fuel tank checked as well. It is not certain when the recalls will being.