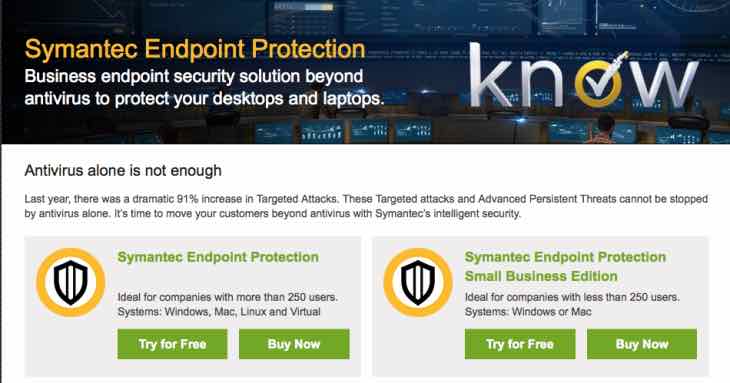 The very same versions, but for 64-bit are also supported in this latest Symantec Endpoint Protection. Just remember to be careful and use the Intelligent Updater files that are for your product version and platform.

If you have yet to try out Symantec Endpoint Protection 12.1, then you can do so for free for a limited period of time. This software offers superb security, with amazing performance, and smart management to either physical or virtual machines.