Today’s latest football transfer news is being dominated by the recent signing of Raheem Sterling to Manchester City, which has earned Liverpool a reported £49 million in the process. As far as we know the deal is complete, although more details on this story will be updated on the official Man City app.

We have already looked at how the Man United and Arsenal apps are keeping their fans in the loop, and so we thought we would look at the Man City and Real Madrid apps today. We know the latter is nothing to do with the Premier League, but this is still a very popular team for football fans in the UK, especially as some of our star players are in the squad.

The latest Man City transfer news right now can be seen if you install the app on your Android and iOS devices. We know that this app was last updated in April, and we presume a new Manchester City app update will come in August ready for the new season. However, do not let that put you off, as you still get up to the minute news on all things to do with the club, not only on transfer news, but the fixtures for the 2015-16 season, and how the roster is shaping up. 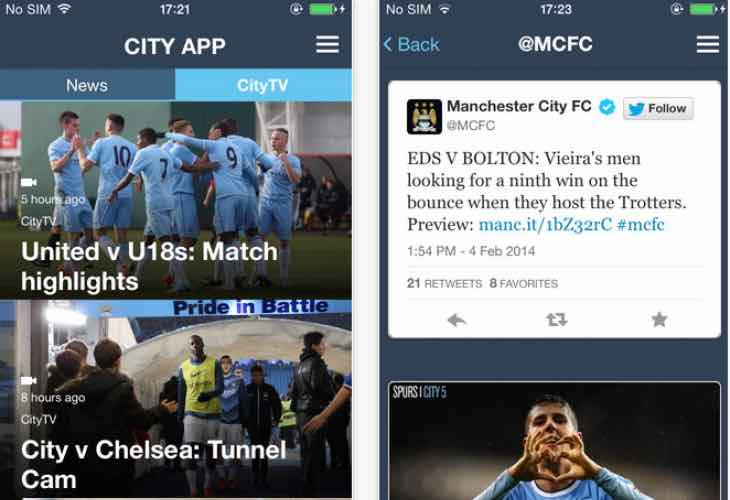 As for the latest Real Madrid transfer news, you could use apps such as Sky Sports or BBC Sports, but surely it would be better to go direct to the official Real Madrid app for Android and iOS? The current version was updated just last month for bug fixes and stability improvements.

You not only get to read the latest news, but you can purchase tickets for upcoming games, check stats and even visit the shop if you fancy buying the new Real Madrid kit for 2015-16, once they become available to purchase.