The latest news on the upcoming Skoda Kodiaq has further intensified price expectations in India, which we know is not due to arrive in the country until the second quarter of 2017.

Skoda decided to finally reveal the Kodiaq, which is a large SUV officially in Berlin yesterday, and so we now have a good idea of its exterior and interior styling. Even though we do not know how much the Skoda Kodiaq will cost in India, we are sure to start to hear a few rumors soon on this, and it will have to be priced competitively seeing as though it’s a tough market to compete in. 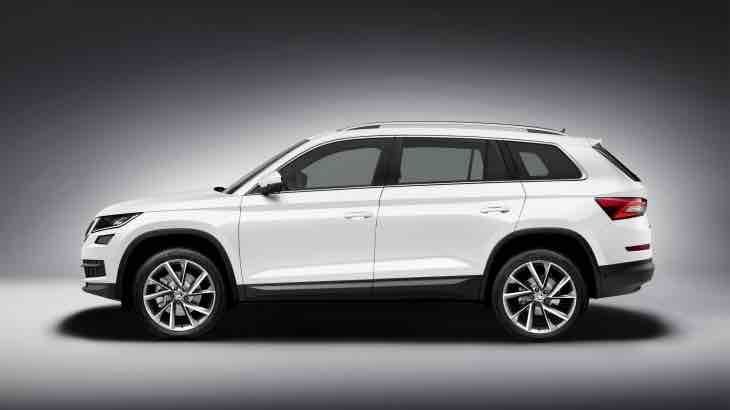 However, we do have a base point to go off, and that is the fact it will cost from £23,000 in the UK – which could mean a higher than expected price in India. In terms of how it compares to the Yeti, it has a far tougher stance, and more angular, along with a wider grille and clean headlights. Having said that, with the Yeti set for a refresh in 2018, we have to assume it will take a few of the design features from the new Kodiaq model.

So what about engine options? Well, we know that there are to be three petrol and two diesel options. The petrol engines will consist of a 1.4-litre with 123bhp, another 1.4 with 148bhp and a 2-litre with 177bhp. Then there will be two 2.0-litre four-cylinder units, one will produce 148 horsepower, and the other 187 horsepower.

In terms of full technical details, such as specs, features and optional extra upgrades, Skoda has yet to announce this, but we will keep you informed. More image can be found here.