It appears that there has been a major fallout among players of Marvel Future Fight, following on from the release of patch 2.6.0 which added Dr Strange content to the game in relation to the current MCU movie launch.

One of the changes that has been spotted is a significant reduction in the amount of gold earned from Alliance Battle mode, one of the key modes in the game and a primary method of obtaining gold needed to progress further in other areas of Future Fight.

The biggest problem isn’t the fact that they changed the Alliance Battle gold earned, it is more importantly that the official forums stated in the patch notes that “Total amount of rewards” would not be changed.

You can see this clearly above along with an apology once it was confirmed that it simply isn’t true, which has resulted in leaving a bad taste in the mouths of the entire player base.

The end result is a total of 400,000 gold which is possible per day by clearing both normal and extreme versions of Alliance Battle. Before the patch, players could earn between 800 and 900,000 gold just for clearing normal Alliance Battle per day – so it’s a massive loss of income for the entire player base. 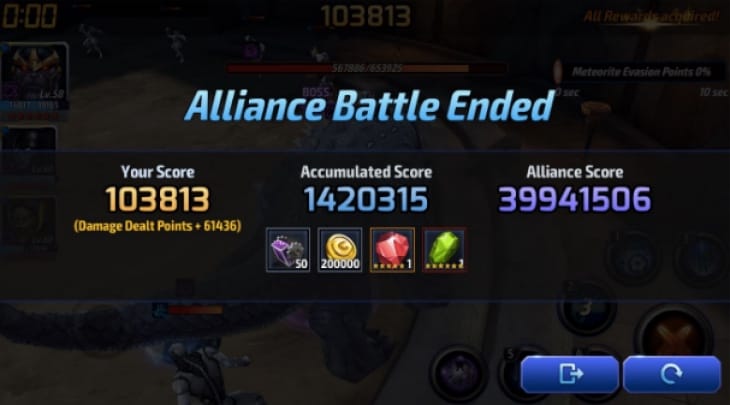 So far, Netmarble has not issued an official statement on why they have decided to reduce the amount of gold when they said they wouldn’t. However, we’ve seen in the past though that pages and pages of criticism built up has resulted in action from the developer.

Right now though, the complaints are flooding in both on Mobirum and on Reddit where a large portion of the community air their views.

Are you angry about this change? If so, leave your comments below to let Netmarble know that they need to change the amount of gold earned – were you relying on it for your daily source of income?

We could speak more about this, particularly about the other controversial change which now requires players to own Carnage, a paywall character for a chance of clearing Extreme Alliance Battle mode on no restriction days. Perhaps this is a debate for another day though.