Hours ago, Marvel Future Fight developers Netmarble launched their latest update for the game with 1.9.5, adding three new characters to the game with Carnage, Ms Marvel Kamala Khan and Jane Foster Thor to the game.

Unfortunately though, we can see that there has been a fierce backlash regarding certain changes in the update which players feel are geared strongly towards the infamous ‘paywall’ strategy that we typically see other mobile games fall into.

For those unaware, Marvel Future Fight is an amazing game and we’ve said before that it is currently the best mobile RPG game experience that you can get from Marvel right now.

Netmarble has also been extremely generous in the one year that the game has been available, offering tons of goodies and free hands-outs to players to generally keep the player base very happy for 12 months. 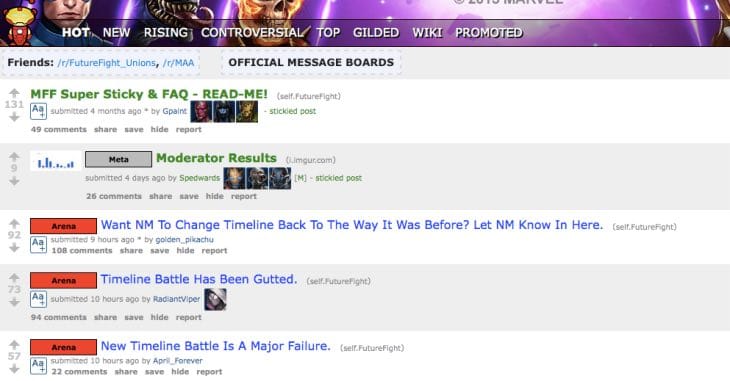 Has 1.9.5 changed that though? Head to the two main places of discussion for the game though over at Reddit and the official Mobirum forums and you will instantly see pages and pages of complaints on how Netmarble has allegedly turned the tables on their loyal paying customers and according to many, ‘forced’ them to pay even more money to own the latest character Carnage.

A free to play game changing their strategy mid-way to increase profits, it all sounds too familiar doesn’t it? It happens with almost every mobile F2P out there at the moment, but these kind of tactics usually fall under the radar as it never gets enough attention for action to take place.

We’ve played Future Fight though ourselves and we know exactly what is going on. Netmarble recently offered some fantastic Spring biometric packages for crystals, allowing players to essentially ‘stock’ up on materials, which they could pay real money for with the luxury of saving these materials to buy future characters in future updates. 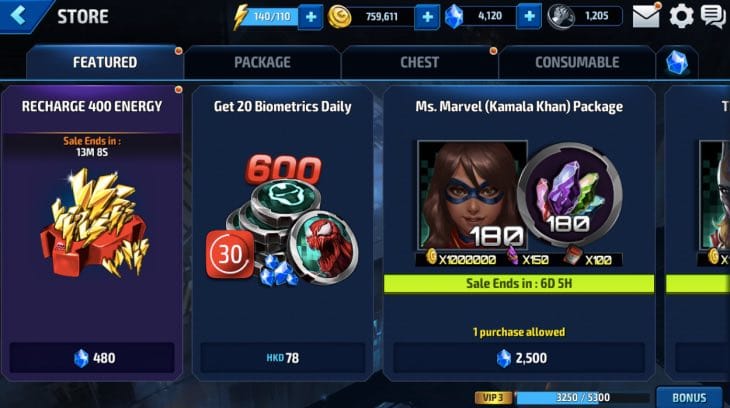 Enter Carnage, one of the strongest new characters in the game with amazing skills and the new ‘meta’ character that every single Future Fight player now wants to get their hands on.

The problem? You need to cough up for the new Biometrics package which costs $9.99 for 30 days access to 20 biometrics a day. This is the only way to access Carnage and players are essentially unhappy that Carnage has become the first true ‘paywall’ character for the game and making their previous spending on biometrics selectors useless. 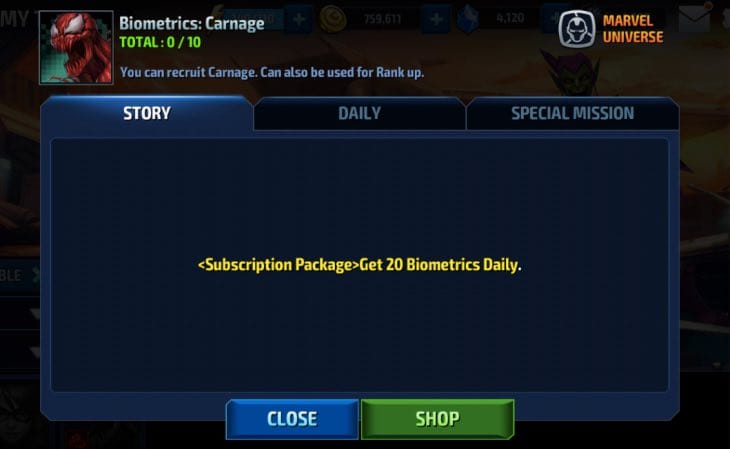 On top of that, Netmarble has introduced significant changes to the PVP mode in the game as well, with the Timeline Battle in Future Fight 1.9.5 now costing gold if you want to select your opponent – even then it’s an ‘RNG’ random opponent which could plot you against an even tougher opponent.

These ‘rerolled’ opponents now cost incremented gold amounts and Netmarble has also removed Revenge battles from the game, which previously offered bonus Honor tokens in the game which players could exchange for biometrics.

Do you feel that these are one too many changes in a single update that you are simply uncomfortable with, or are Netmarble well within their rights to mix it up a bit since it is free to play after all, and ultimately Netmarble need to make money?

History has shown that communication has led to action, so if you really want to see Timeline battle changes and Carnage to become ‘farmable’, we suggest you share this wherever possible and speak up to get the attention to Netmarble.

Has there been a massive overreaction from the community, or is the anger and disappointment justified? Players are threatening to quit the game after this patch landed, so give us your feedback.

If you love this fantastic game and are disappointed with the recent changes, leave us a comment below on how you see the direction of the game at the moment.

Will you pay an extra $9.99 for Carnage or will you boycott this new strategy?