If you are a Liverpool FC fan, then we know for certain you have several apps on your smartphone to keep you up-to-date with the latest news and results, such as Brendan Rodgers saying his team will be able to win every match from now, including Real Madrid tonight. Having said that, we are sure you already have such apps like Sky Sports or the official Liverpool FC one, and so it is time for something a little different.

We know during every game fans believe they know what is best and what Liverpool FC players they would have chosen as a starting team, especially for tonight’s match against Real Madrid. That is why we would ask for you to take a look at the LIVERPOOL FC FANTASY MANAGER 2015 app for iOS, as this new addition allows you to be the boss and take command of Steven Gerrard, Mario Balotelli and Glen Johnson. 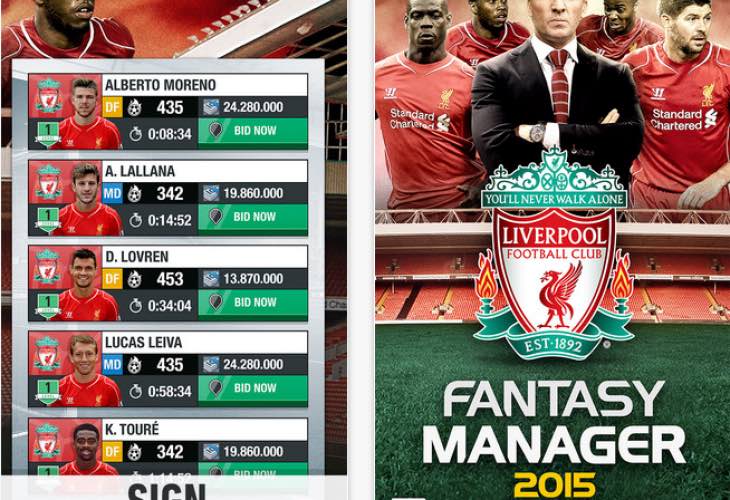 This app is said to be one of the most additive as your aim to take control of Liverpool FC to sign new players, train them, and then try to defeat football teams from around the world in many different leagues.

Playing an app like LIVERPOOL FC FANTASY MANAGER 2015 for the iPhone and iPad will allow you to gain a greater understanding of the game, far more than you do now. However, this is not one of those apps you will be able to play for a minute or two and then put down, as you need to spend time and effort so that Liverpool can beat the competition.

Users have already taken to iTunes to share their thoughts on this app, so please let us now what you think?