In the build up we have been looking at all the latest E3 2011 predictions, such as what we could see from Microsoft, Nintendo and Sony, as well as what analysts expect from the Xbox 360 and the PS3. Now we thought we would share with you what is likely, possible and unlikely.

With the event taking place just one day after the first day of WWDC, we will get to learn what new games will be coming during 2011, as well as possible new hardware — maybe even news on the Xbox 720 and the PS4? MediaKick did very well last year, so thought that would see how well they do this year with their predictions.

This year they have more on their team, so there is bound to be a few tears as to who gets it wrong. Rumors have been flying in of late, but nothing like they were last year with the prospect for Kinect and Move. However, there are still a few gems. 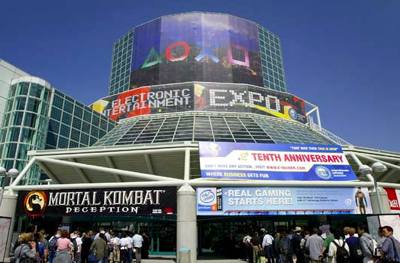 The five members of the team have been looking at what they know and what they have heard in recent weeks and then broken it down into what they believe is likely, possible and unlikely. Three of them believe that NGP will get a solid release date, along with the official name, which we now believe to be Vita. Visit their website to get their insight to what we can expect next week.

What are your predictions for E3 2011? Will there be any surprises?