For those of you that just cannot get enough of this TV Game Show, then you can always take advantage of the Deal or No Deal Android or iOS app, which was just updated last month to offer some needed improvements. 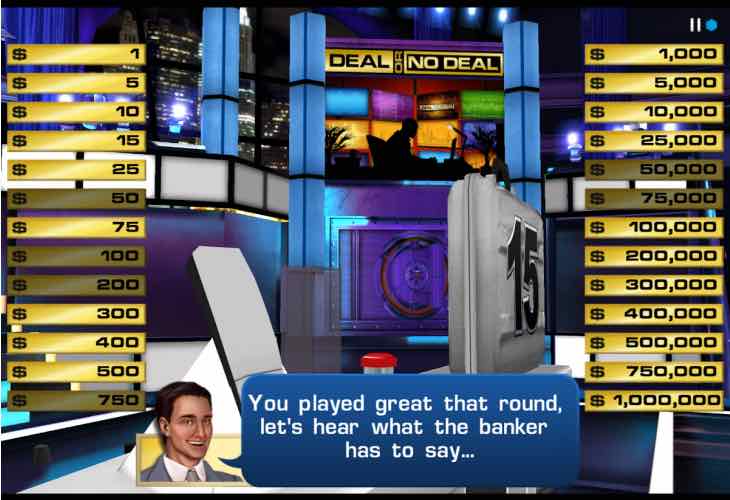 Deal or No Deal version 1.30 for Android comes with faster deals and more free tokens. However, they have still not fixed the annoying repetitive ads. OK, we can put up with ads within the game, but at least try and rotate them a little.

The iOS version of this app is now up to version 3.4 and comes with more added features than the Android version. You now get Daily Spin, Beat the Banker and Tournament payouts have increased allowing you to play more.

If you have had enough of playing the app version of this TV Show, then apply for the real thing by heading to dealornodeal.co.uk.