There is not long to go before the start of CES 2016 and we have already discussed about a few cars that will be teased at the Consumer Electronics Show. We know what you are thinking, but a great deal of technology is used in vehicles of today, and even more so with the BMW i8 Spyder concept.

A new image has been released of the BMW i8 Spyder, where we get to see a glimpse of its interior. You might think it would be similar to the current production model, but there are differences. You can see in the image below that the i8 Spyder interior will come with a widescreen color display that faces the driver from the passenger side.

While not many other i8 Spyder concept details are shared, Autocar has assumed that BMW could borrow the gesture control system from the 7-Series because what we see in the image does lack any sort of obvious interface. 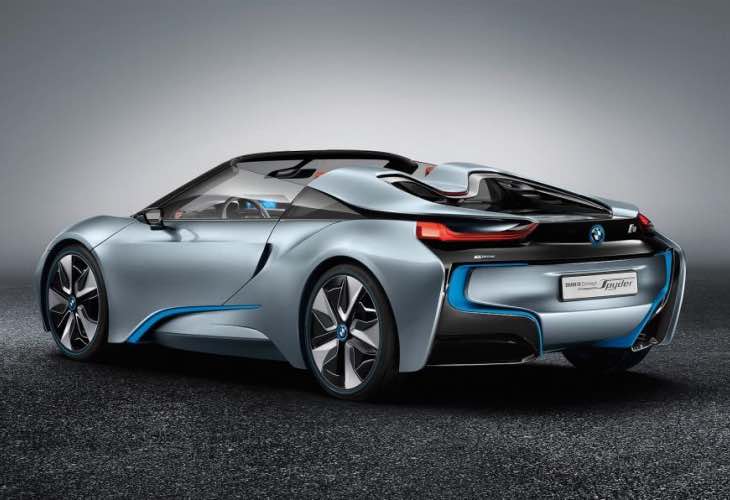 What else we can see from the teaser image – It does look as though the new i8 Spyder will lack doors, seeing as though they are missing from the image, along with any sort of hinges.

While we will get to see the i8 Spyder in its concept form during CES next week, we highly doubt that its official launch will be soon, although should be within the next 12 months.

Even though there are a number of concept cars being shown at CES, you cannot argue that this i8 Spyder looks to be the sexiest.