The latest Brazil and France kidnapping news is a huge cause for concern, not only because families are traveling to the continent for the summer holidays, but also because of the 2016 Olympic Games due to start in just 10 days time. Having said that, it would seem that the recent kidnapping in France is a rare occurrence, although it seems to be a general issue in the country of Brazil.

Preventing a kidnapping in Brazil is a tough thing to do, although you should always stay vigilant, and there are ways in increasing the chance of being found quickly and without harm.

You might wonder why we would be talking about such a hot topic and we understand you for thinking that way, but we know how many of you will be traveling to Brazil and will have some of your mobile devices with you. Some people want to kidnap you so they can not only take your personal belongings, but also force you to withdraw money from your bank before releasing you, or worse still, hold you hostage in order to get more money from someone. However, you will be able to use your mobile device in order to increase your safety. 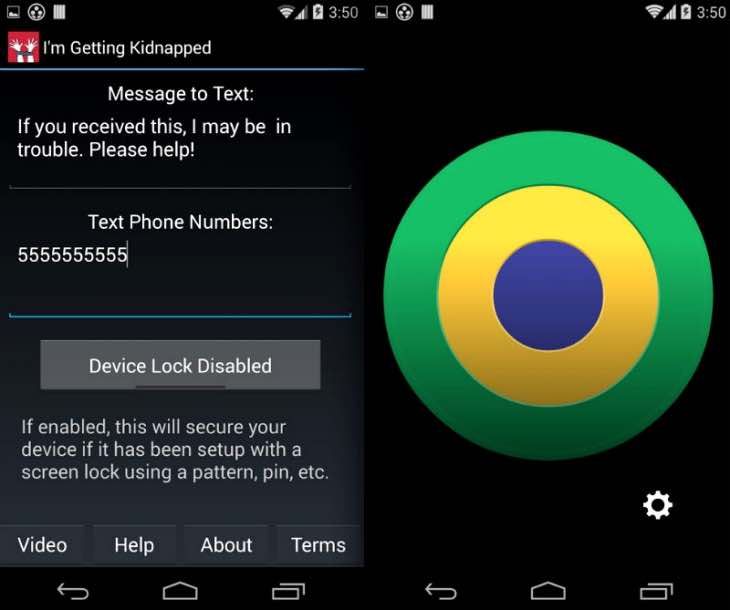 Apps to keep you and your handset safe during the 2016 brazil Olympics – We know it is a very strange thing to be talking about on Product Reviews, but it is a very real problem, and while we do not guarantee in any way that these apps will perform in the way that you hope, it does not hurt to have them installed, as it’s just good to know there is an app for that.

CloudTweaks suggest four apps in total, and these are Watchme911, Guardedly, I’m Getting Kidnapped and Circle of 6. Some of these were developed to use during the World Cup in Brazil.

ITProPortal, also has a few suggestions, such as Famy, Life360, Lookout Security and bSafe. While all of these have different features, they all share one thing in common, and that is trying to keep you safe, although some do work better than others.

Like we said above, we cannot guarantee any of these will be successful, but it does not hurt installing them on your device.