We’re willing to bet that many of you are now starting to get frustrated with the sheer amount of ‘latest’ Adobe Flash Player updates for PC and Mac that keep popping up on your computer.

A few days ago, users would have been prompted to download a new Adobe Flash Player update to 18.0.0.203. This replaces the Flash Player 18.0.0.194 update previously, which has now been the target of a new security exploit as highlighted by the BBC.

On top of that, an update by Adobe’s Security Bulletin team has revealed that the previous Flash Player update exploit can actually allow hackers to take control of your computer. 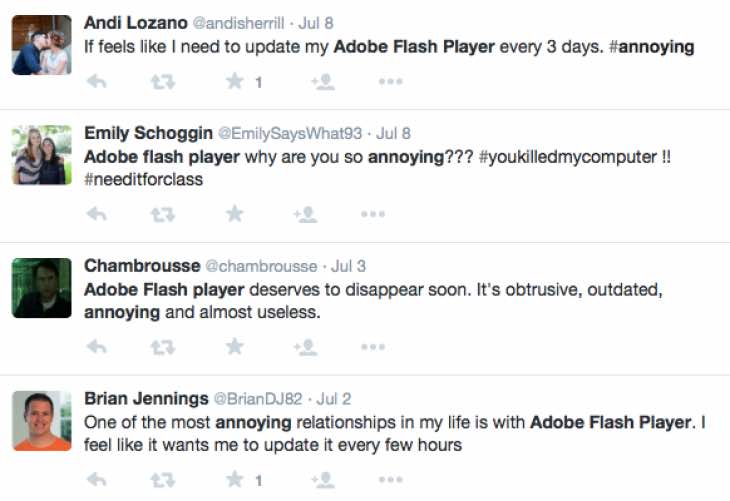 Meanwhile above is some of the reaction that users have had upon seeing messages constantly appear about needing to update.

How many of you were aware though that hackers are still targeting flash player to secure sensitive data on your systems?

To the average consumer it may not be clear at all, so you may want to install those Flash updates as soon as they appear to stay on the safe side.

Give us your thoughts on the constant need to download new Adobe Flash Player updates. Do you see it as a major frustration, or do you not mind as long as it keeps your data safe?