With a low-key Google event set to take place today one day ahead of Apple’s event, we expect to learn details in regard to three things at least, the Nexus 6, Nexus 7 and also an update on Android L. We already reported that the new tablet could be released on November 3rd, taking full advantage of the busy holiday season, and not to mention the extra sales generated through Black Friday.

Google Nexus 9 predictions – There have already been several rumors as to what we can expect from the new Nexus tablet, along with press renderings, but we thought a little recap was in order seeing as though we are hours away from a reveal – if the rumors are true of course. 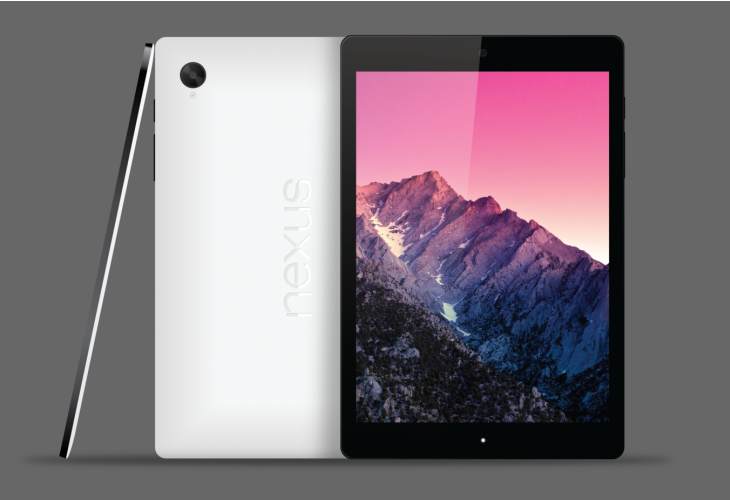 The Nexus 9 tablet is expected to come pre-loaded with Android L, which should stand for either Lollipop or Licorice. Google will not release its new mobile OS today for other Nexus devices, as there are certain to be a few more tweaks, although all should be fine come November 3rd.

HTC’s Nexus 9 specs have been a hot topic of conversation for a while now because the tablet needs to be something truly special, and from the rumors, it certainly could be. The 8.9-inch screen will hide an array of high-end hardware beneath, which could include a 64-bit Tegra K1 processor Nvidia, a massive 3GB of RAM, an 8-megapixel rear-facing camera and 3-megapixel up front.

The tablet is also expected to be constructed from aluminum, much like the HTC One M8, although there have been conflicting reports that it would be made from a soft touch plastic at the rear, much like the Nexus 5 in that respect.

We would like to remind you this is all based on speculation, and so let’s just keep an open mind until its official reveal letter today – if it happens.