This year will be a good showing for Land Rover at Geneva 2011, as they will have four new models during the motor show. I cannot remember the last time that I used Range Rover and fuel-efficient in the same sentence, but this is something that we will all have to get used to with the e plug-in diesel hybrid.

That will not be the only model from the Indian owned company on show, there will be the Autobiography Ultimate Edition, 2011 Discovery/LR4 Landmark Edition and the Evoque. Land Rover has never produced a sexy car, but the Evoque certainly comes close. One of the most important things about a vehicle is how they look — something that has never been at the top of Land Rover’s agenda.

Lets go back to that Range Rover Sport EV for a moment and take a look at its credentials thanks to Autoblog. The 3.0 liter turbodiesel will work alongside and electric motor, all this power is delivered via its eight-speed automatic transmission For those of you who want to just use the electric motor, then you can travel 20 miles. However, combined with the diesel engine and that increases to 700 miles. 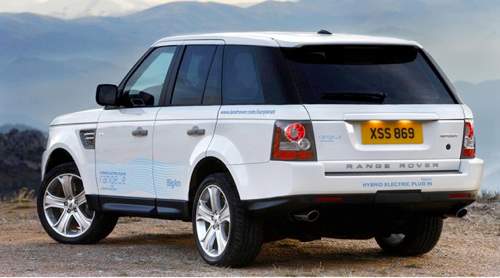 You will be able to get up close and personal with these four new Land Rover models during the 2011 Geneva Motor Show from March 3, 2011.