When you think of Lamborghini, you know that they do not do anything normal, as they are all about going to the extreme, not only with the speed, but with their design as well. The Egoista is proof of this, as this has to be one of the most extreme vehicles we have ever seen, but that is never likely to make it to production.

The thought of an Aventador Roadster gets our juices going, because we know Lamborghini would make it something very special, and if we are to go by this concept, then we do hope it will look something like that. The reason we say this is because it is a Lamborghini Aventador with a Veneno body kit.

With only four Veneno’s being made, this is a very special vehicle, and for the Aventador Roadster to get the limited edition body kit could be a huge win for Lamborghini, but the likelihood of this being released is slim to none. We’re not saying there will not be a Roadster model down the line, it is just we cannot see them going down the route as LamboCars. 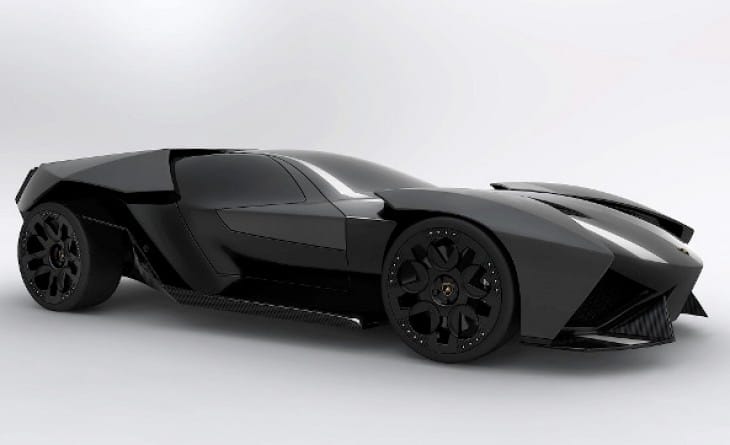 However, the Aventador Roadster, Veneno and even the Egoista are not as extreme as the Lamborghini Ankonian, as this was taking extremeness to the limits. If there were ever going to be a roadcar that resembled the BatMobile, the Ankonian would be it.

It was said to be a glimpse into the future, and showed us what would happen if you took the best features from the Reventon and the Aventador and incorporated it into one supercar.

While the fans, Audi and Lamborghini supported this concept, the chances of this ever hitting our streets are very low, but we can all dream right?