We have started to see a growing number of people asking about when the next Windows 10 N Edition update will be, seeing as though the current version 1511 was released last December.

It is clear to see that there is a complete lack of Windows 10 N Edition 2016 updates, although we are not that certain if Microsoft have any plans to update the Media Feature Pack in 2016, or whether the recent one was more than enough to give users what they need? 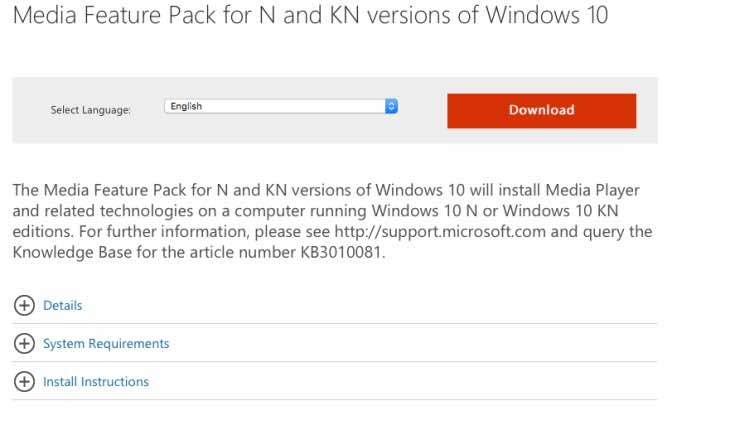 Some of you may not even have heard of this edition, and even more confused when they have seen Windows 10 N Vs KN appear online. Basically the N offers the same functionality as Windows 10, although comes with Windows Media Player, along with other media related apps for Europe. As for KN, this is the very same as N, although caters just for Korea.

If you live in a country outside of Europe or Korea, then these media technologies will already be installed, and so no need to worry because there are no licencing worries.

For those of you that fear you do not have the latest version, then you can head to this Microsoft page where you will be given full instructions on how to download and install the most up-to-date version of Windows 10 N, along with system requirements.