When Sony released PS3 firmware 3.61 there were a number of issues, including LA Noire crashing or freezing, and today we learned that Rockstar said that it was an issue with the update and not their game. However, it has now come to light that the issue is not contained to just the PlayStation 3, but also the Xbox 360 as well — that sounds like a game issue to us.

The developer must now be accepting this, as they are now advising players who are experiencing this issue to delete the game data. They warn not to clear your save data and to just clean your cache on your Xbox 360 console. Do not start to panic, as this is only affecting a small percentage of PS3 and Xbox 360 users. However, it does seem funny that the issue is only affecting those with the older fatter consoles.

Rockstar has had an FAQ for the LA Noire problem for a couple of days now, but has since updated the page. They offer six pieces of advice, so you should go through each one to try to get to the root of the problem. 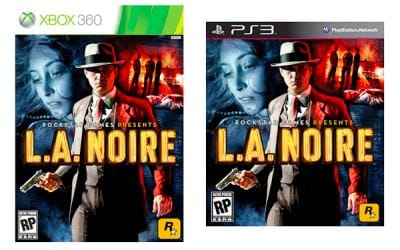 We have already covered the first tip; the second is to create a temporary PS3 user or an offline Silver Gamertag for the Xbox 360. The third thing is to then launch the game and try again. Failing that you should check your game disc for possible scratches. Another piece of advice is to try a few other games in the console to see if this is doing the same thing as LA Noire. Finally this only applies if you have access to another console; try your game in a different machine.

The developer is determined to get to the bottom of the freezing and crashing problem, so they have asked for you to save your L.A. Noire files onto a USB flash drive. Then compress the folder on a PC and name it “PS3”; attach the file when you “Submit a Request” and Rockstar will see if they can figure out what the problem is.

Do you believe that it is still a firmware issue now?