Those of you waiting for the arrival of Rockstar Games and Team Bondi’s much-anticipated L.A. Noire game — which will release for the Xbox 360 and PlayStation 3 – have most likely been left in slight confusion recently, after several different release dates surfaced online.

The first possible release date (March 2011) was revealed in the February issue of the PlayStation Magazine. We then updated it to April 5th/6th a few days later, after several online retailers — including Amazon, GameStop and GameFly — listed those as their launch dates. 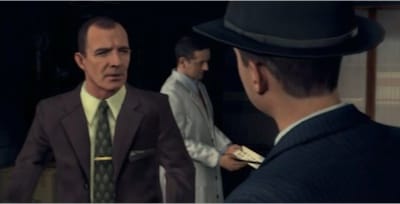 However, according to a recent article over at computerandvideogames.com, a brand new trailer, which appears to reveal a completely different release date, leaked onto the Internet at the weekend. This of course prompted RockStar Games to reveal the official HD trailer.

As the CVG article notes, the L.A. Noire game will be arriving in US stores on May 17th and European stores on May 20th. You can view the new trailer and a few screenshots via the CVG website. If those screenshots aren’t enough, then you can find more via a ripten.com post by Dave Oshry.

What do you think of the new HD trailer that’s just been released?