A few days ago we brought our readers news about a March 2011 release date — which was revealed in the February issue of PlayStation Magazine – for the much-anticipated L.A. Noire. However, there now appears to be a bit of confusion, after another launch date surfaced online.

According to Andy Robinson over at computerandvideogames.com (sourced from Gamespot), several US retailers, including Amazon, GameFly and GameStop, have now listed April 5th as a launch date for Rockstar Games and Team Bondi’s impressive thriller title. 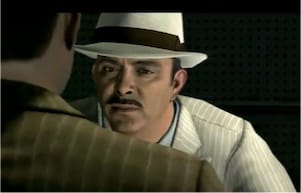 Just to add to the confusion a little more, online retailer CD universe has listed a release date of April 6th. All we know from Rockstar Games, who has not given an comments on the recent release dates, is that the game is due to arrive sometime in the spring of this year.

As LivingMetal over on the gamrconnect.vgchartz.com reports, the L.A. Noire game has been in development for quite some time. It was originally announced as a PlayStation 3 exclusive back in 2005, but Rockstar Games then revealed that it would be heading to the Xbox 360 as well.

Which release date do you think is the correct one? Are you looking forward to playing the game?