It’s that time again when we are looking at players which could be due for a potential FIFA 16 stats upgrade, compared to FIFA 15. One Liverpool FC transfer rumor this week involves Croatian Mateo Kovacic, who could be a Liverpool player by the end of the month.

This player has had a pretty good season for Inter Milan, although on FUT 15 currently he only has a 77 rating in the game, which is already a +2 from the Winter upgrades months ago.

We would say that he probably deserves at least an 80 rating in the game. If the transfer to LFC does happen, we have a feeling that he could be a player that EA will look at when it comes to upgrading player stats ready in time for FIFA 16. 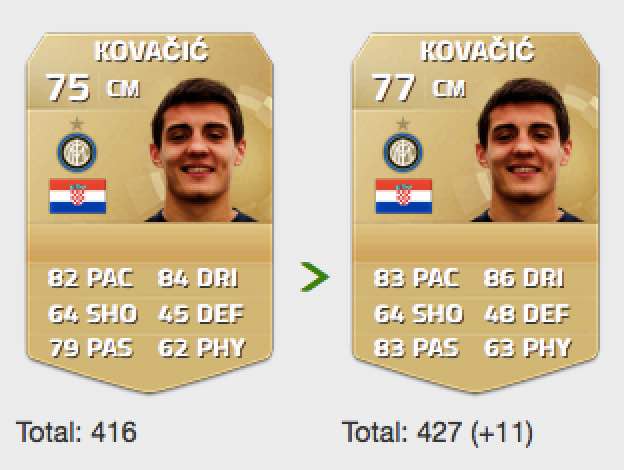 Right now the move hasn’t been confirmed though and is merely rumors for the moment. Is this a player you have played with though on FIFA 15 Ultimate Team?

Do you agree that he needs an upgrade to around 80, or is 77 justified? Once we have details from EA regarding FIFA 16 player upgrades, we will let you know if Kovacic has made the cut or not.