Konami has sent out some very good news for PES fans now, by confirming the final release date for when the PES 2019 demo is out on PS4, Xbox One and PC.

The demo is going to be available on August 8 and you’ll have as many as 12 teams to choose from, including the likes of Liverpool FC, Barcelona and newly crowned World Cup champions France.

Konami has said that the demo will include an online quick match option to take on other players, on top of all the standard single player and exhibition matches available. 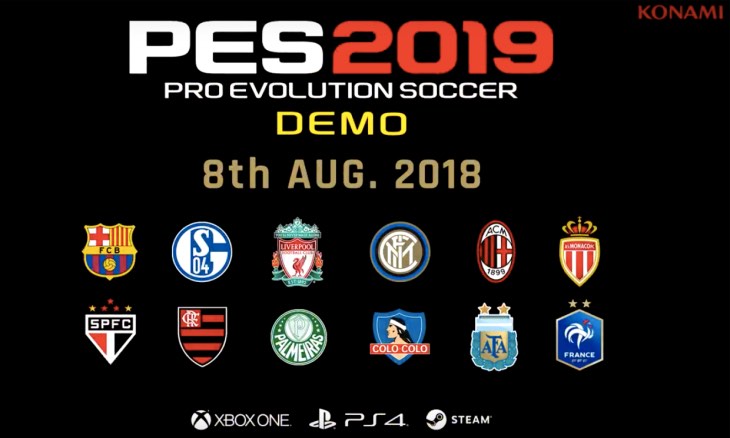 Check out the new demo trailer to see the impressive graphics on offer and let us know if you are buying PES 2019 this year ahead of FIFA 19.

Remember that there will be no Champions League in PES this year, but Konami are bringing seven new officially licensed leagues to the game to compensate.