Sony’s PlayStation Portable 2 — or Next Generation Portable (NGP) as it is also known — has been creating quite a buzz in the world of gaming for quite some time now, even before it was officially announced during the recent PlayStation Meeting in Japan.

Besides revealing the impressive specs for the NGP, Sony also announced the line-up of games that will be available for the upcoming handheld device. As Alan NG previously reported, this will include portable versions of the PlayStation 3’s Uncharted and Call of Duty.

One of the most interesting reveals of them all however, was the one that came from Hideo Kojima of Konami Digital Entertainment. Kojima — creator and director of the Metal Gear Solid series – unveiled a tech demo, which showed Metal Gear Solid 4 running on the NGP. 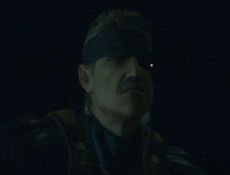 As Debabrata Nath over at gamingbolt.com recently reported, Kojima unveiled the Metal Gear Solid 4 demo in order to prove to everyone that it is possible to develop PlayStation 3 quality games for the Next Generation Portable. You can watch Kojima’s speech via the playstation.com website.

However, as Kojima noted on the video, he wasn’t there to confirm that the Metal Gear Solid 4 game would be ported over to the NGP. What do you think about the possibility of being able to play PS3 quality titles on the NGP? Would you be happy to see an NGP version of MGS4 released?