If you are looking for a new gaming console to buy, we have some fantastic news to share with you now which you don’t want to miss.

It has been revealed early that during the Black Friday 2017 deals at Kohls, you will be able to get a PS4 1TB Slim console with a $100 discount and an Xbox One S 500GB console with a similar discount as well.

These are going to be listed as special doorbuster deals and it will mean that the final price of the PS4 1TB console during the sale period is just $199.99 and the Xbox One S 500GB selling for $189.99 which is amazing. 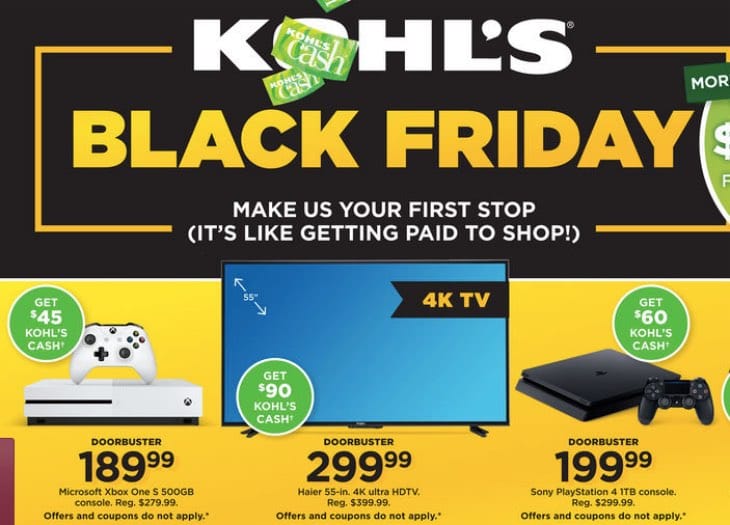 For those that don’t need the PS4 Pro, or the new Xbox One X this is a very good deal indeed so make sure you are prepared for it.

We’ll be keeping our eyes peeled for other upcoming gaming deals this month so tell us what you are looking for.