We have seen many beautiful televisions at CES this year, top of the range with prices to match. However for those you looking for a genuinely affordable new model, have a look in the direction of Kogan who is offering a ‘cheap’ 55 inch 4K TV for $899.

Kogan’s TV is an absolute bargain when compared to the prices of other models on the market which normally start at around $6000. You may expect a cheap price to come with cheap quality, but this is not the case. The Australian firm has packed their 4K TV with great specs, keeping it on a competitive level with those of rival products.

It is nice to see a company break the barrier and try to make these exclusive TVs available to as many people as possible. The ultra-HD TV as mentioned has a 55 inch LED display with a 3840 x 2160 resolution; the model is reportedly super thin too as discovered when it was given hands on time. Included are four HDMI ports, MicroSD, Ethernet, Wi-Fi connectivity, one USB 3.0 port and three USB 2.0 ports. 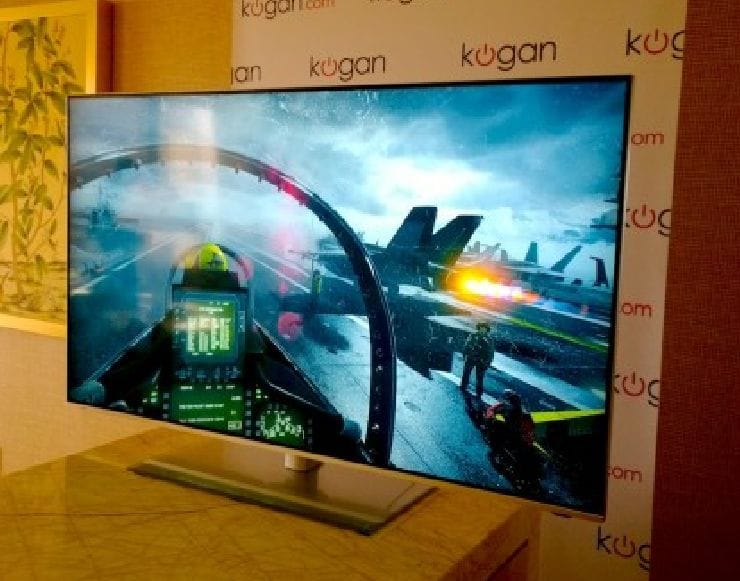 The Kogan TV is also smart as you would expect, featuring Android 4.2 and offering access to online content via the Google Play Store. The TV is also able to upscale Blu-rays and DVDs to 4K quality which is another brilliant addition given the low price. Hopefully this release will be a big success and more manufacturers follow suit with a range of budget 4K TVs.

We have the prices for Kogan’s TV which will launch first in Australia at the end of January for AUD$999/£540. There has been no confirmation of a release for the US and Europe as of yet but this is expected to follow in due course. Has the affordability of Kogan’s 4K TV tempted you to buy one when they are released?