A great deal of importance has been put on the Koenigsegg Agera One:1 because this hypercar has one target in mind, and that is to put the Bugatti Veyron to shame. Its main goal is to set a new world record as the fastest production car, and its performance figures look very promising indeed.

A new video was recently released giving us an insight into the preparation of the Koenigsegg Agera One:1, as well as divulging a few secrets. If you wanted to know what goes into making this vehicle so special, and not just the 5-liter V8, twin turbo-charged engine producing 1,341 horsepower, then you need to watch the video below, which runs for 8:46.

Many of you may have already seen the Koenigsegg Agera One:1 at the recent Geneva Motor Show, but this video gets behind the scenes, under the hood and into the factory where the vehicle was being built. 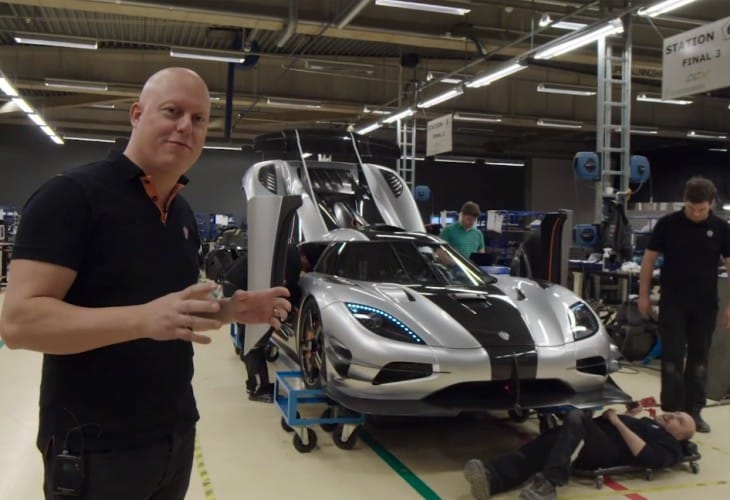 We have been told time and again how hypercar manufacturers look for many ways in order to shed the pounds, and this video gives us a fine example of this, proving that losing a bit here and there can build up to a huge amount.

In recent years we have seen car technology taken to the most extreme limits, and if you thought it would be a case of adding a further few hundred horsepower in order to gain extra speed, then you would be wrong. The faster a car goes, the greater the resistance is with the air, and so a huge amount of extra power, and weight saving measures are needed.

Going back to this video, we join Christian von Koenigsegg where he goes into detail about various aspects of the car, such as that powerful engine and the sophisticated suspension to help keep the Agera One:1 planted firmly to the road.

Let’s hope the Koenigsegg Agera One:1 will show its true potential.