Kobo has released a redesigned version of their e-reader app for Windows 8 tablets and PCs. The original version was removed from the Windows Store a few months ago and is back with a new overhaul. Kobo will also be releasing a new app for Windows Phone 8.1 which should arrive later this year.

The new look Kobo app on Windows 8 PCs and tablets introduces a new look interface with some added features. According to The Next Web, readers can now buy books from inside the app and view them straight away, additionally you can pin live books that you are using to the start screen on the Windows menu.

Kobo has largely served as the understudy to Amazon, whose Kindle business keeps going from strength to strength. The Kobo brand offers an e-reading alternative along with the Barnes & Noble Nook for those who are not fond of Kindle. Whilst both companies still serve many customers, it is unlikely they will grow to the same stature as Amazon for various reasons. 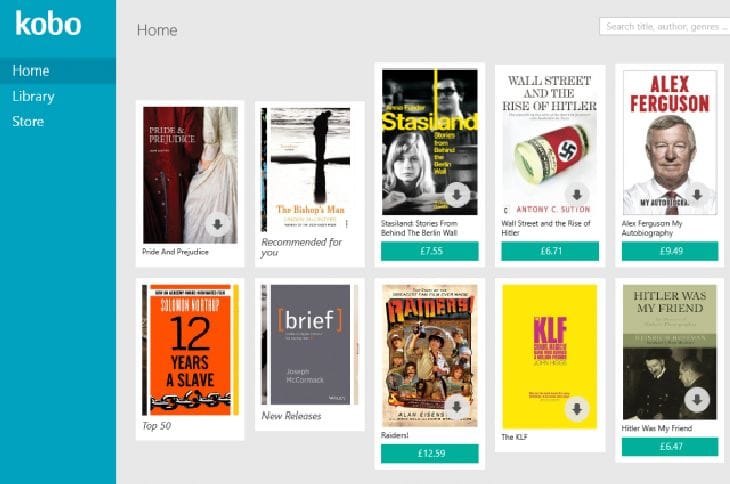 Microsoft is gradually loading Windows 8 and their mobile platform with more content for customers, having largely trailed behind Apple’s and Google’s platforms. Windows Phone 8.1 will be Microsoft’s make or break chance in the smartphone market and is expected to come full of new features and apps.

Windows 8.1 will be getting a new voice assistant called Cortana which may well be able to function with your Kobo app, how cool would it be if the Halo AI character could read to you?

Let us know if you have updated your Kobo app on your Windows 8 PC or tablet and how you have found the new design so far.