The tablet PC market is growing by the day. According to Slashgear.com’s Shane McGlaun, models of tablet PC seem to be eating into the netbook market too. You are probably aware that the massively popular Apple iPad is still the market leader by a long shot. There are a few tablets on the market that continue to do well, one of which is the Samsung Galaxy Tab. 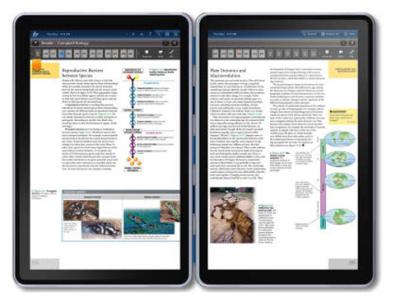 We have also seen a few dual screen tablet PC’s being announced, we have seen a model from Taiji and an Acer model called the Iconia. The Kno Tablet PC’s are slightly different though, they aren’t necessarily aimed at the same target audience.

We believe the Kno tablet PC, with the dual 14” touch screen is aimed at people going to college or university. Once you have one of these tablets and it is up and running, the size of the screens means that you can effectively work with a text book on 1 screen and take notes on the other screen. This is a really great concept, but we believe that a fundamental mistake has been made. There were no reviews prior to the release. 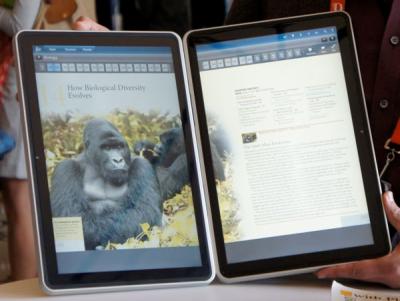 Whilst reading an article on the Kno tablet PC over at Engadget.com, we noticed that there is a very mixed reception for the device. Some people are looking forward to the receiving theirs, others are saying that you need to fill in an online form to get yours. Others are simply saying “KNO” to the Kno device.

You can read the press release that gives guidance on how you can now order your new tablet PC however, some of Engadget’s readers are canceling their order due to the waiting time, and one reader says it is a 4 week delay. If you want some further information on the Kno tablet PC, then you can visit their official website here.

What do you think of the Kno tablet PC? Is it what you are looking for? Let us know your thoughts in the comments below.