The list of games available for the Nintendo DS handheld gaming system just got that little bit longer recently, after the Kingdom of Hearts Re: coded game made its way into stores. Now that the game has been out for a while (just over a week), we’re starting to see a few reviews coming in.

We thought we would take a look at a few of the said reviews, to see exactly what is being said about the puzzle game. As Nelson over at gamingunion.net recently reported, Kingdom Hearts Re: coded is in fact a remake of the Japanese mobile phone game Kingdom Hearts: Coded.

However, the game has received a few modifications, especially when it comes to gameplay. One of the biggest issues with the Kingdom Hearts Re: coded game according to Nelson is the camera and targeting system. Although they are not awful, they have been described as cumbersome. 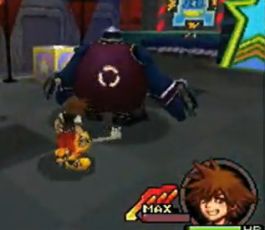 The overall score from Nelson was 7/10. In the meantime, Chris DeAngelus from worthplaying.com has given the Kingdom Hearts Re: coded title a score of 6.7 out of 10. Not only does Chris describe the lot as “rather pointless,” but he also describes most of the gameplay as pretty standard.

Our last review comes from Marc Saltzman from the usatoday.com website. Marc — who gave it a rating of 3.5 stars out of 4 — claimed that although the game is fun to play, it definitely isn’t perfect. He also pointed out the camera issue in Kingdom Hearts Re: coded, and said it can get rather frustrating.

You can read the full reviews via the links we’ve provided above. Have you played the Kingdom Hearts Re: coded game yet? If you have, what is your opinion?