We have great news now for those of you who have been waiting to hear more about the upcoming Nintendo 3DS title Kingdom Hearts 3D: Dream Drop Distance, as the game’s designer Tetsuya Nomura has recently revealed a few more details in the latest issue of Famitsu.

According to Thomas East over at comupterandvideogames.com (via Andriasang), Nomura said that the new RPG will feature Disney Worlds. We don’t know what these will be however, as Square-Enix appear to be focusing more on Sora and Riku rather than the Disney part of the game.

It had previously been suggested that players would be able to switch between Sora and Riku, but Nomura said that it would be forced upon gamers rather than by choice. In other words, players will just suddenly switch between the two characters whilst in battle. 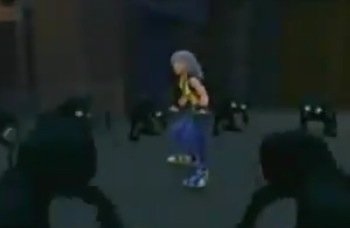 We’ve also learned that the 3D effects will be used to show things entering the screen rather than coming out of it. The very first trailer for the Kingdom Hearts 3D: Dream Drop Distance debuted recently, and can be seen in a recent post by Zack Leese over on the rpgsite.net website.

As Zack notes, you may not understand any of the trailer, but it does give you an idea of what the game has in store.