The anticipation for Kingdom Hearts 3 is reaching fever pitch right now. It has been a while since we have had any conclusive Kingdom Hearts 3 news from Square-Enix and the mood wouldn’t have helped either, with the developer deciding to remind most fans of what they had missed.

To recap, an official event was held in October 2014 at the Walt Disney Studios, in celebration of the Kingdom Hearts HD 2.5 ReMix launch.

The big story to come out of that event though, was the fact that Square-Enix showed off some raw footage of Kingdom Hearts 3 that so far has not been re-aired anywhere else. 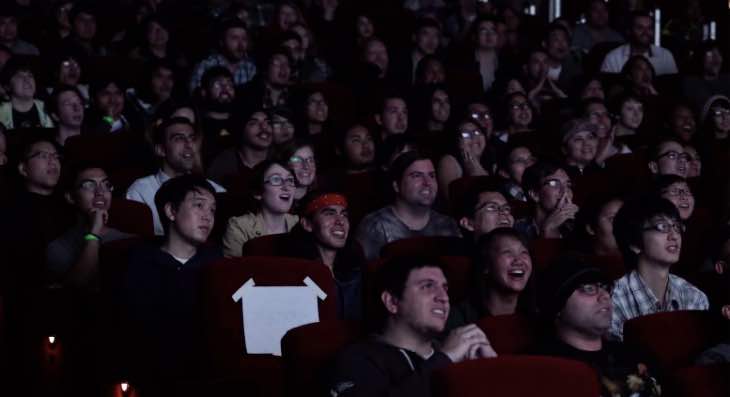 In other words, that event was the only place to see that footage and as you can imagine those who couldn’t attend were still feeling sore over it.

Now enter Square-Enix, who have just uploaded footage from the event onto their YouTube channel. Of course, they have cut out the scene showing the KH3 gameplay, instead deciding to show the reaction of the faces in the crowd who were absolutely loving it.

Talk about the ultimate tease! At least now you know not to ever miss an exclusive event from Square-Enix if it involves Kingdom Hearts or Final Fantasy – as there’s likely to be surprises.

In the comments of that YouTube video, we can see that many feel let down that Square-Enix are still ‘rubbing it in their faces’ so to speak. Are you still jealous that you never got to see the raw footage simply because you couldn’t get to California?

Let us know your thoughts on this, in the meantime we can only hope that some new gameplay will turn up soon.