Square-Enix is really pulling out all the stops now. Nobody is talking about the ‘troll’ that happened with the FF7 PC port any more, with a new Kingdom Hearts 3 trailer supplementing the amazing reveal of the FF7 remake.

New gameplay for Kingdom Hearts 3 was shown at Square-Enix’s press conference, actual gameplay of the game running in real-time too we may add rather than just cutscenes.

It looks absolutely glorious and well worth the long wait since the last reveal for the highly anticipated title. Now, we have a treat for hardcore fans, as we’ve picked out a near 30-minute analysis which picks the trailer apart bit by bit. 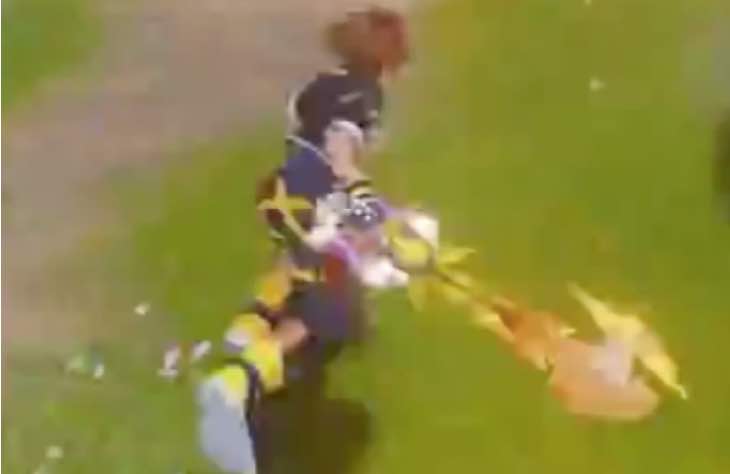 Specifically, it takes a look at some of the new Kingdom Hearts 3 keyblades for Sora that we saw teased by Square-Enix. There were a fair few of them and you may have missed them on the first play through as some were only shown for a split-second.

This analysis from YouTuber TheGamingJoint is great though as not only does it slow the action right down letting you see the keyblades up close, but it also provides details on what the keyblades may actually be based on – the olympus coliseum keyblade from Kingdom Hearts 2 as an example above, apologies for the grainy image.

Watch the trailer below for much more details and let us know what keyblades you have identified in the new footage. Has Square-Enix well and truly redeemed themselves in your eyes with both Kingdom Hearts 3 and the FF7 remake looking amazing?