We are all waiting for Square-Enix to come out of their cave and offer some new Kingdom Hearts 3 news for everyone. In the meantime though, some interesting details have popped up, in relation to potential Kingdom Hearts 3 Keyblades for Sora which have become a big talking point.

You may not be aware, but a new keyblade in Kingdom Hearts 3 was shown behind closed doors as well, at an exclusive gameplay reveal in California recently.

Unfortunately, that gameplay is shrouded in mystery, but one fan who was lucky enough to be in attendance has conjured up some art which matches what he saw at the event on stage, as noted by KHInsider. 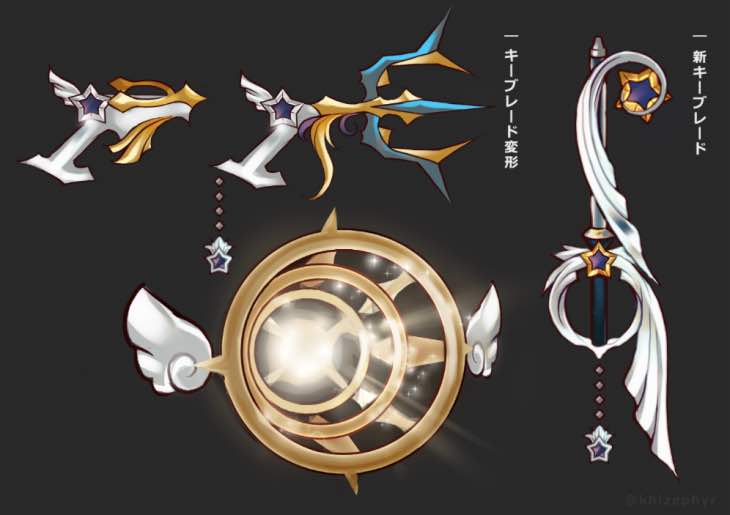 The image which we have included above is what the artist Zephyr came up with and we think you’ll agree with us in saying that it looks very professional indeed.

Obviously, this is not an official piece of art from Square-Enix, but it certainly looks like it could be. More importantly, what do you think of this potential new keyblade design for Kingdom Hearts 3?

This particular keyblade will have the ability to initially fire as dual guns, then its Kingdom Hearts 3 keyblade transformation will morph it into a cannon which can fire a single burst of light energy.

Would you be happy if this turns out to be an accurate look at the next key blade in the game? Enjoy the image preview above and tell us what you would love to see for your Kingdom Hearts 3 keyblade list.